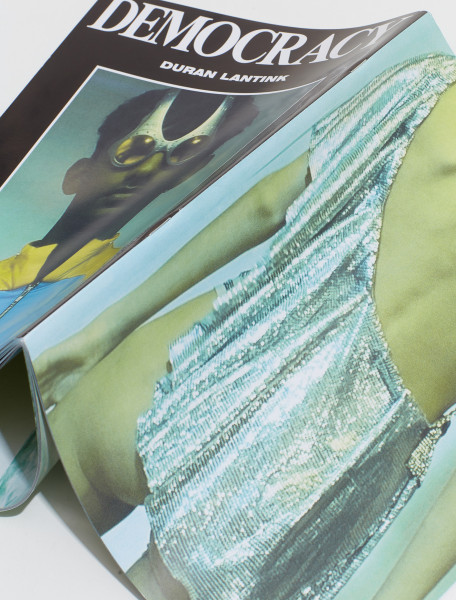 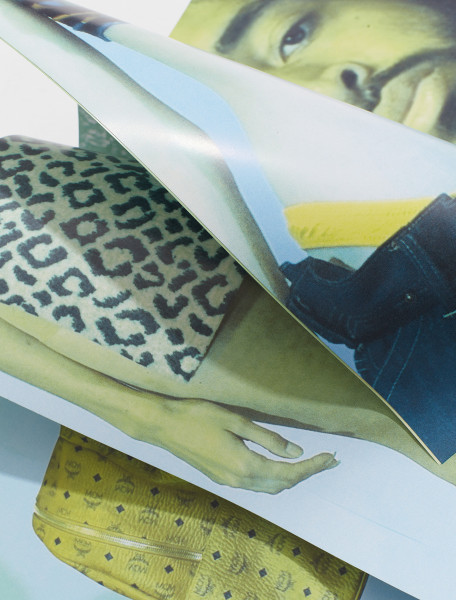 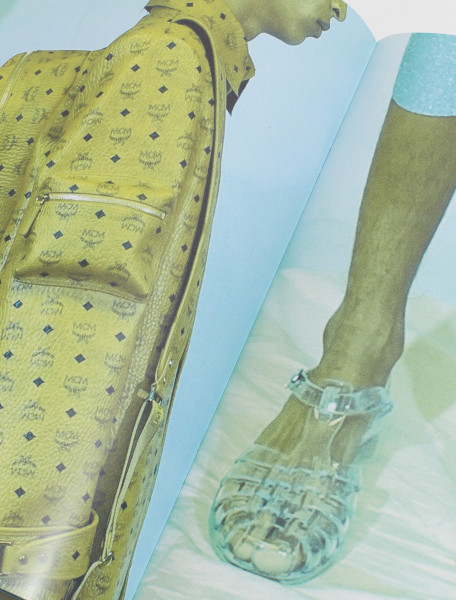 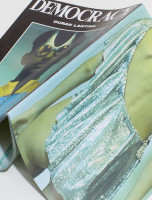 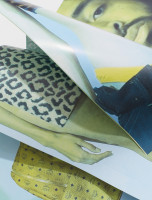 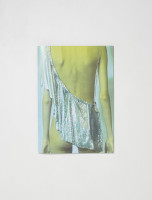 The zine ‘Democracy’ is based on a mythical fashion collection, that goes by the same name, created by Duran Lantink. Both the collection and the zine are examples of how art can challenge and disrupt dominant social and political discourses. Lantinks collection consists of one-of-a-kind pieces created from deadstock and thus creating new work from existing materials referring to Marcel Duchamp’s ready-mades. The pieces are documented in a series of more than 100 photographs in which the tertiary colour magenta is missing, due to Lantink running out of that colour ink on his printer. Despite the absence of magenta, Lantink decided not to reprint the images, creating a set of images that play with the viewer’s sense of perception.In many ways, Lantinks work refers to the practice of Andy Warhol. Although Warhol’s screen printer is not considered a ‘machine’, he used screenprinting to multiply works of art. Warhol also revelled in his apparent machine aesthetic, noting, ‘The things I want to show are mechanical. Machines have fewer problems. I’d like to be a machine wouldn’t you?*