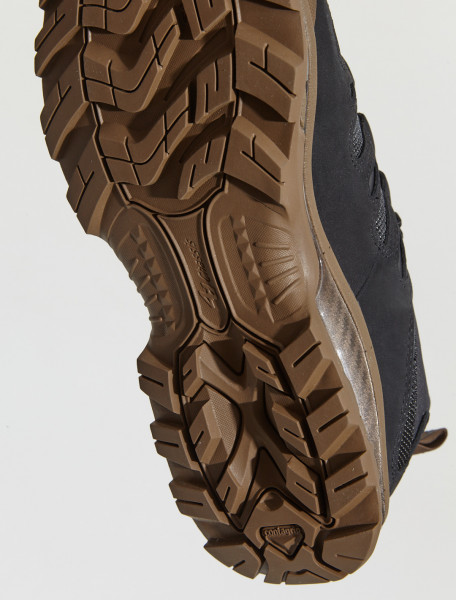 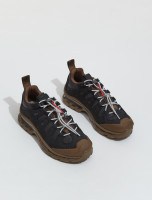 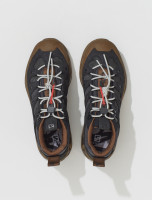 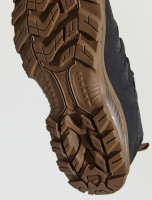 Gr10k Vassal is a hybridi- sation of tactical footwear, a merger of styles and performance shells. By merging features and specs from the tactical line of footwear developed by Salomon and intervening on the drastic reduction of leg-protection an advanced tactical boot has been transformed into a core shape ghosting skateboarding shoes and early bulky sneakers. The color-grading is a direct cross- over between the standard two offerings of any tactical boot; brown for military operation and dark for urban and security forces. The critical re-possession of these two colors into the historical freedom associated with sneakers allows gr10k and salomon to analyse current urbanisation schemes amid free- dom quest and political consciousness.

Product information
Product information
Close menu
Shipping & Returns
Salomon
Sneakers
Viewed
Salomon
Sneakers
Viewed
This website uses cookies, which are necessary for the technical operation of the website and are always set. Other cookies, which increase the usability of this website, serve for direct advertising or simplify interaction with other websites and social networks, will only be used with your consent. More information
Decline Accept all Configure